Movie Review: A Star Is Born.

Posted on December 21, 2018 by visAbleblackwoman 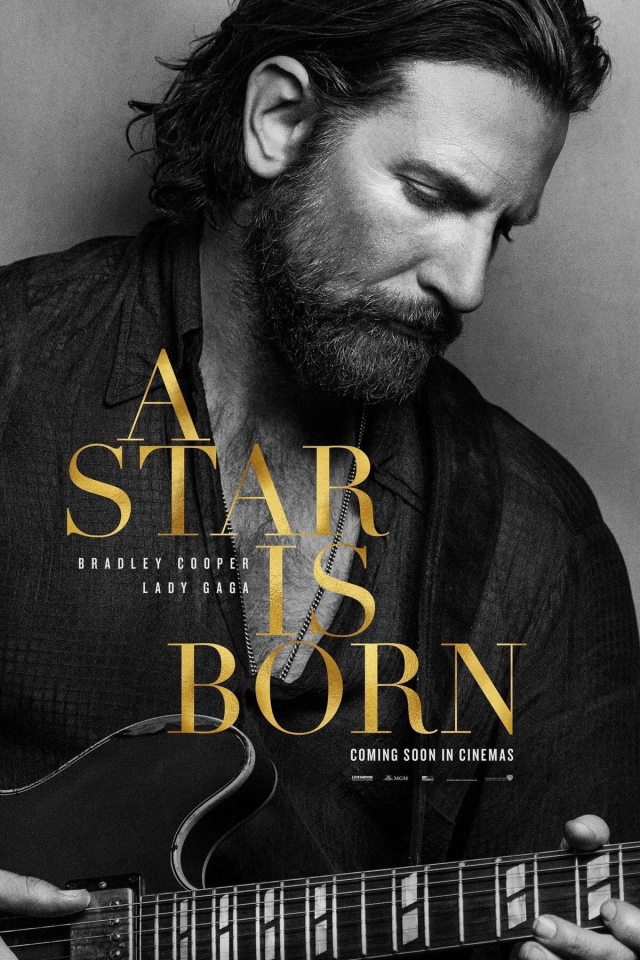 ‘Tis the season for SAG/AFTRA members to vote for the SAG/AFTRA awards!

The first screener I watched was Bradley Cooper’s A Star Is Born. Bradley Cooper co-wrote, produced, directed and acted in the movie and, I must say he did a beautiful job of sharing the story of a cis gendered 40 something successful musician struggling with the disease of substance abuse. Bradley Cooper is the star of this movie.

As an actor, I absolutely love Cooper’s natural “slice of life” style of acting. It’s super difficult for recognizable A -list actors to disappear into the roles they are playing. Cooper changes his vocal quality and physicality to create the aging rock star Jackson Maine beautifully and I was able to willingly disbelieve that I was watching Bradley Cooper simple natural style of acting and thought I was watching rock star Jackson living his life on screen. It was so nice to be immersed in this story.

I’m impressed with the writing and the direction. I mean it’s a perfect example of how and why the white men in the film industry dominate and deftly seduce us into loving them. They are experts! You have the silver fox Sam Elliott, with that thick head of white hair, tall tan slim with that crooked grin the tilt of the head and sparkle in his eye that perfect “cowboy” persona that has been utilized to charm women and people of color out of our resources ever since this country was created. Then there’s Bradley Coopers personification of 21st century flawed American male masculinity in its prime. I just wanted to cover his bearded face with kisses and love him into sobriety. Jackson is an alcoholic drug addict but we get to know his back story. Since Jackson has money, power, is able to pluck a young talented singer songwriter waitress out of poverty and on the national stage and love her as is, we love and accept Jackson even though he’s a falling down passing out opioid addicted drunk.

The storytelling is good. I watched my screener on my I Pad while on the treadmill meaning to do 30 minutes and I ended up on that thing for an hour. There were moments of the film where I was so invested in what was going on on screen I had to turn away because I felt so bad for Jackson.

The real love story in A Star is Born is the one our society has for cis gendered straight white men. The movie telegraphs,” Yes we straight white men have power and we are flawed, our alcoholism and drug abuse is a disease. But you will love us because in this movie we will pick the white girl who isn’t the standard of beauty we actually promote in the real world, we will surround ourselves with men of color, cis gendered gay men and trans women that click all of the boxes progressives love, and we will act like black women are invisible. In this movie we will reiterate the fact that yes, white men have the power but with that power comes responsibility. Watching us manage that power as it slips away, and seeing us fall is devastating, compelling and humanizing.

It struck me as well that in A Star is Born, there is literally only one role for a cis gendered straight woman and that role is the female lead Ally, (we never even learn her last name) played effectively by Lady Gaga. At no point did I not think I was watching Lady Gaga. She’s got a great voice and of course pulls off the whole “I’m not a pretty girl, I’m scrappy” that will inspire young white women and girls to believe that with a gay ethnically ambiguous male bestie and a troupe of ethnic drag queens as her “girl squad” she can nab a hot bodied straight white guy who will get her out of her daddy’s house, marry her and take care of her as she grows her own business.

Ally has no cis gendered straight women in her circle of friends or family, I mean no one. None of the women in this movie are in relationship with one another. We think we’ve come a long way ladies, but have we? It’s fascinating that in 2018 Lady Gaga is naked in several scenes but Cooper is not. In the era of women ruling the world, faux liberal Hollywood is still churning out relationship propaganda movies that will keep women thinking that we are not enough unless we have a man who says we are beautiful in our lives.

Oh, and I should say “white women” because in the world of A Star is Born, the only woman of color in the film is a plus sized black woman in an Under 5 role as a grocery store check out girl. But of course, America is segregated and in the lives of many white people, the only black women they are around are the ones who work in service. In Hollywood every good white guy has a black guy friend so Jack’s black male friend played by Dave Chappelle has a wife who is not a black woman, and is the noble sage version of the “Magical Black Man” giving Jack the advice he needs to make a big change in his life.

It really bothers me that every person who moves Ally’s career forward…is a man. I’m not familiar with the music industry but from the little bit of research I’ve done, it seems like all of the major players in the music industry from the executives to the agents to the choreographers are men. Wow.

Then there’s the whole age thing. I can tell a Star is Born is a male driven narrative because you have an older guy who could never settle down finally, finding a young woman to take care of him when he’s middle aged and burnt out. I feel sorry for and at the same time happy for all of the women Jackson dated when he was younger who he probably used and threw away only to instantly fall in “love” with this pretty young thing he hears singing in a bar.

So I co-exist with loving Jack in this movie as black folks have always done as we watch really good movies where we do not see ourselves onscreen.

Movies have formulas that create an emotional attachment between the viewer and the content onscreen and allow us to empathize with people with issues. That’s what makes storytelling so important to bringing people together. A Star is Born sticks to Hollywood’s formula and is superficially progressive by adding in the gay male community. That being said… It made me cry and… Bradley Cooper rocked as an actor, writer, and producer and told that White Man’s story well.

Making Black Women’s stories visible to preserve our legacies.
View all posts by visAbleblackwoman →
This entry was posted in Uncategorized. Bookmark the permalink.