Posted on April 2, 2017 by VisAbleblackwoman 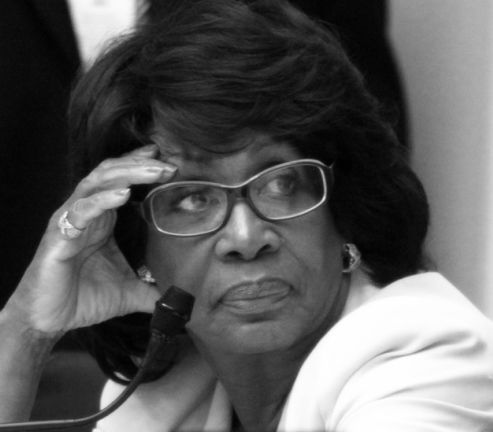 In the spirit of Maxine Waters…speak truth to power.

We live in a society where this is now our reality: 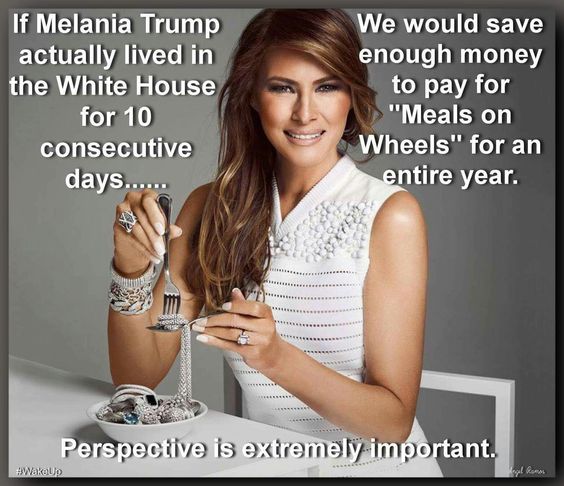 I say FUCK THAT.

Speak up. Act up. Resist. Rise up. Support and be relentless in radical acts of Self Care.

Here’s a list of diverse actions you can take This WEEK from your couch or actually showing up in person, to be a part of creating the change that you wanna see in this country. 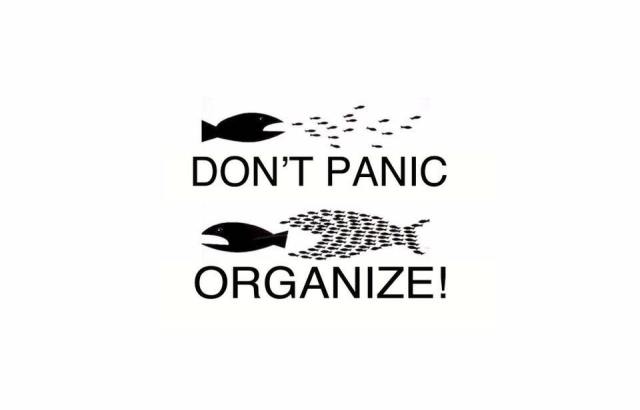 This workshop is co-hosted with Hearts Across Queens – a group of concerned Queens residents who came together after the election to advocate for and with vulnerable and marginalized groups in the community – and The New Queens Democrats who encourage and place high demand on progressive values through political processes throughout Queens. Please visit: https://www.facebook.com/groups/1152295071506879/ and https://www.newqueensdems.org/ to learn more.

The systems and procedures that drive democracy are often obscured from the view from the very people it’s meant to serve. This workshop opens up these topics, and others, which are ignored by political science classes, the media and even Wikipedia pages.

We’ll be covering topics such as:

This workshop will be lead by Ben Yee. The information he’ll be sharing has enabled him to take on establishment leaders to become the current Secretary of the Manhattan Democratic Party and State Committeeman for the 66th Assembly District. 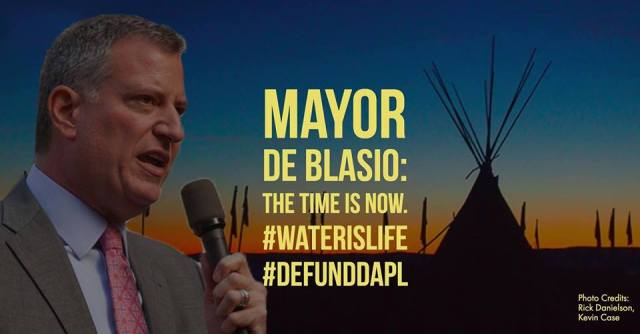 Indigenous Peoples and allies will begin an overnight protest encampment at April 5 at 5:30pm. The next morning at April 6 at 9:30am we will march from Wells Fargo to City Hall to call on Mayor de Blasio to divest from Wells Fargo and other banks financing the Dakota Access pipeline, gathering at 10:15am on City Hall’s steps. Gloria Steinem, feminist icon and activist will be speaking on City Hall steps in the morning! Join us at the kick off of the encampment and the march! #DefundDAPL Now!

If you want to join the encampment overnight, please go fill out this form:http://bit.ly/forgowells (please simply hit “going” on this page if you plan to join us for either the kick off on the 5th or the march on the 6th.

We are collectively responding to the #NativeNationsRise call by the Standing Rock Sioux and Indigenous leaders. This is an event to affirm treaty rights and Indigenous self-determination. We’re calling on:
• NYC Mayor Bill de Blasio, as well as Comptroller Stringer, to end the City’s pension fund investments and business with Wells Fargo and other DAPL banks.
• Wells Fargo and the other banks to stop funding oil & gas pipelines such as Dakota Access; Pilgrim Pipelines; Keystone XL; Sabal Trail; Penn East; Trans-Pecos; Access Northeast and many others that destroy Mother Earth.
• We are demonstrating against Wells Fargo and other banks sub-prime rip-offs, foreclosures, financing for private prisons and other practices that plague us all.

The City of Seattle already divested from Wells Fargo over its financing of Dakota Access after the bank defrauded its customers and then blamed its workers. NYC is a major customer for bank services and the NYC pensions funds control $165 billion in investments. Mayor de Blasio and Comptroller Stringer: Divest Now!
#DefundDAPL #NoDAPL #StandWithStandingRock #WaterIsLife#ForgoWells #NativeNationsRise 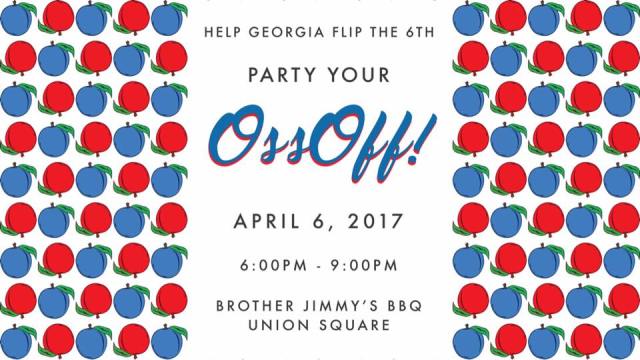 Tom Price’s confirmation as Secretary of Health and Human Services isn’t good news, but there’s a silver lining: his congressional seat in Georgia’s Sixth District is now empty, and it will be filled by a special election on April 18th. The leading Democratic candidate, Jon Ossoff, stands a good chance of winning the seat, but he needs YOUR help. It might seem strange for a bunch of New Yorkers to be so invested in a congressional race in Georgia, but a victory for Ossoff would not only be a step towards taking back the House: it will also send a signal to lawmakers that the political tides are turning. It’s a close race with consequences far beyond Georgia, and we believe that we can flip the sixth together.

We’re asking every attendee to donate at least $5 to the Ossoff campaign (this is a fundraiser, after all), which you can do at this link: https://secure.actblue.com/contribute/page/170324-ossoff. Please bring your donation receipt, as it will be your entrance ticket. There will be drink specials. Feel free to come and go any time from 6-9 PM.
Can’t attend? You can still help! Share the event with friends and donate to the campaign – every dollar counts.

We know it can be hard to stay engaged and active, and we’re here to help. We’re not experts – we came together as a group of regular people who were scared about the direction in which the country seemed to be moving after the election – but we believe that the power of collective action can make this country more just, equal, and respectful of all. We hope to see you there! 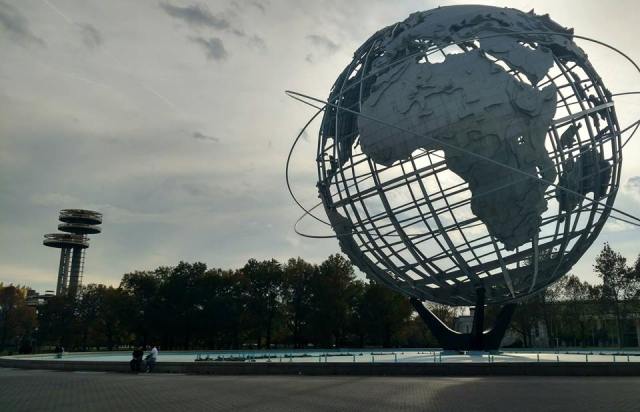 Let us come together with our neighbors for quality affordable healthcare for all. Our fundamental human right is under attack by powerful forces in Washington. For too many in this borough, quality healthcare has become a privilege for some rather than a right for all. The Queens Solidarity Coalition invites all residents of Queens to this borough-wide series of town halls about the state of our healthcare. In this uncertain time, this is our opportunity to come together once again in solidarity behind#queensvalues.

“Of all the forms of inequality, injustice in health is the most shocking and inhuman”
–Dr. Martin Luther King

Our coalition is growing and will be updated here.

The organizers of these town halls are:

The first town hall in Jackson Heights is walking distance from the Roosevelt Avenue/74th Street Subway Station and the Q33, Q49,Q70,Q47, Q32 and Q53 buses. 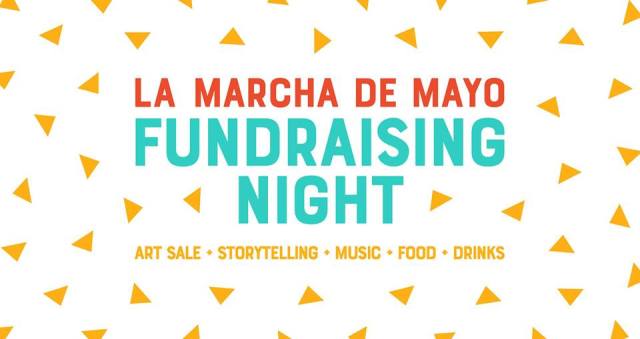 La Marcha De Mayo will be a rally & peaceful protest on May 6th to celebrate immigrants and the Latinx/Hispanic community in the United States and around the world.

Join us for a night of Art + Storytelling + Music to raise funds for La Marcha De Mayo.

La Marcha De Mayo will be a rally & peaceful protest on May 6th to celebrate immigrants and the Latinx/Hispanic community in the United States and around the world.

Art + Food + Drinks will be on sale at the Fundraising Night, which will take place at Creative Chaos (28 Jay St, BK). All proceeds will go toward covering March & Rally expenses. Any leftover funds will go to Mixteca, a non-profit organization that supports & provides services to Latin-American immigrants in New York.

$12 – Get a ticket through Eventbrite here: https://lamarchademayofundraiser.eventbrite.com/

Drinks and snacks by:
Jorge Guzman, GM & Mixologist at several prestigious New York restaurants. Jorge Guzman was born in the Dominican Republic and grew up in and around his father’s hotel, restaurant and discotheque businesses. Jorge is one of New York’s leading entrepreneurial representatives for the cause of Latin influenced cuisine and mixology. His restaurants support creative ideas & the community.

See you there
J9