What Prince did for me….

Posted on April 22, 2016 by visAbleblackwoman 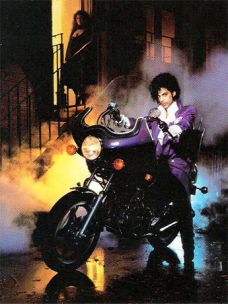 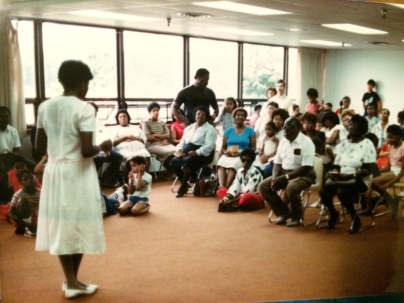 Purple Rain was released June 25, 1984, and somehow I saw it. I don’t remember how I saw it, I wasn’t allowed to see it, I wasn’t supposed to see it, but I saw it.  And it inspired me.   The movie made me think, like I’d never actually dared to think before.  From the age of 3 to 14 I was focused on saving lives.  At that time I was clear, as most young religious christian kids are, that my mom knew everything and the religion she chose for us was the truth.  It was simple, follow the rules, convert others and reap the benefits in paradise.  Simple right?

But I was always the one making up stories.  I was always getting in trouble for lying as a little kid so as I got older I got tired of spankings so I dove into reading fiction, and watching tons of TV and movies.  There was so much I was not allowed to do, and I did not really fit in with other kids in the religion, I mean other than preaching or giving “talks” I really was not good with one on one relationships but with stories, I felt safe.  My mom had no idea what I was watching or reading…I think she was just happy I was not talking her ear off or getting in trouble for lying so she had some peace.

I was consuming materials that caused me to question the seemingly simple and safe reality that the religion created. Watching programs that were not allowed and LOVING the complexity, drama and conflict in that situation.

Then I started sneaking into rated R movies.  That opened up a WHOLE new world of wonder to me.  When I saw Purple Rain…my mind was totally blown.  Prince, this misfit, this artist with the manly voice and high-heeled boots, dealing with these physically and emotionally abusive parents daring to create music and express….BOOM. My mind was blown.  I bought the cassette of Purple Rain and listened to it in my Sony Walkman constantly.  I saw the movie like 16 times.  That fall, I would actually skip class with friends to see it again, and again.

Prince and Purple Rain made me call to question the reality I was living in and dare to step into the world of actual reality.

1984 was the first time I called to question if the religion I was baptized into, The Jehovah’s Witnesses…actually was the truth for me.  I did not know then, but I know now, that seeing  Purple Rain set into motion me leaving my stable abundant safe community to go out into the world on my own to be an artist.  I always loved Prince and held onto his music through the early years of my acting career to keep me grounded and to believe.  There was this connection, we are the weird creative ones, the ones who fit out were actually free in our ability to not conform.  Prince was soul and rock.  He was small yet so so large.  So powerfully masculine and sexual and at the same time feminine and divine.  He was brilliant and living in abundance. Through his music I was able to take the risks I needed to take to step away from that religion and into reality.

Then, as time passed I let go of my judgment and accepted Prince as the artist he is. Just  as I have been able to accept my family, who are still happy Jehovah’s Witnesses with their strong community and stable lives.  And I am the stand alone artist with many, many, many failures, no money or stability, yet my mind and creativity are so so abundant and free. And I would not be able to live this way, without the help of my Jehovah’s Witness family.   That Jehovah’s Witness family that I left all those years ago, have been my rock during recent hard times.

When I lost my apartment in Brooklyn last year, my parents welcomed me back home, saying that their home is always my home and I am never homeless.  I mean my entire career, my parents and sister have always had my back as I’ve navigated this rocky road.

It’s ironic that Prince’s music was inspiration to set my mind free of what was not serving me…and years later Prince converted to the religion his music inspired me to leave.  Isn’t the world funny?  As years pass, we grow yet parts of us stay the same.  I’ve finally owned the fact that I’m not that person who has a ton of friends who call and come over. I’m slightly narcissistic, talk way too much, am really bad at math, and kinda hard to be around most of the time.  I am more comfortable in imaginary places than dealing with reality and losing myself in TV connects me to the best parts of humanity.  I’m the person who fits out and that’s okay.  Yes it’s lonely sometimes but at the end of the day… I’ve got family and they have my back unconditionally, always.

Well, now Prince is gone.  In his mind he will be resurrected in what the Jehovah’s Witnesses call the New Order.  Where everyone who died will live again after this corrupt world is destroyed in Armageddon.  The world will be rebuilt and everyone from James Brown, Janis Joplin, Marilyn Monroe, to Michael Jackson and Prince will live again to rebuild the world and grow to perfection in paradise. Well, if it is the truth it sounds like an amazing place to be.  A part of me wishes I could willingly believe again…but the truth is, that reality while comforting to some, is not a reality I can ever believe in.  I will always love Prince and hold him in my heart as inspiration as long as I live on this planet.  That’s my reality.   My reality is there is only now, there is no magic paradise or after world just this moment then the next.  In reality, I am a storyteller and it’s okay for me to lose myself in fiction in all forms, writing, acting, consuming when I’m grounded in reality.

My reality is, I have this moment this one life to live love learn contribute and pass on love to others while we are here.  Thank you Prince for passing on your music which will live on this planet forever.  Your art, as all great art does, transcends time and connects us to our humanness.  Rest in peace. Thank you for inspiring me to live free. 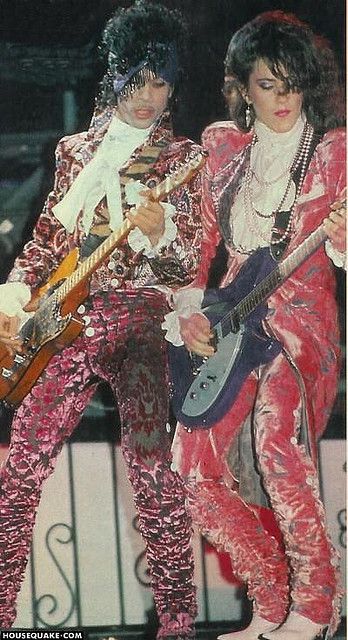 A world of never ending happiness
You can always see the sun, day or night

And if the elevator tries to bring you down
Go crazy, punch a higher floor

You see I called my old lady
For a friendly word
She picked up the phone
Dropped it on the floor
(Ah, ah) is all I heard

Are we gonna let the elevator
Bring us down
Oh, no let’s go!

Let’s go crazy
Let’s get nuts
Let’s look for the purple banana
‘Til they put us in the truck, let’s go!

Tell me, are we gonna let the elevator bring us down
Oh, no let’s go!

Let’s go crazy
Let’s get nuts
Look for the purple banana
‘Til they put us in the truck, let’s go!

Are we gonna let the elevator bring us down
Oh, no let’s go!
Go crazy

Dr. Everything’ll be alright
Will make everything go wrong
Pills and thrills and daffodils will kill
Hang tough children

Making Black Women’s stories visible to preserve our legacies.
View all posts by visAbleblackwoman →
This entry was posted in community and tagged prince, Spirituality. Bookmark the permalink.